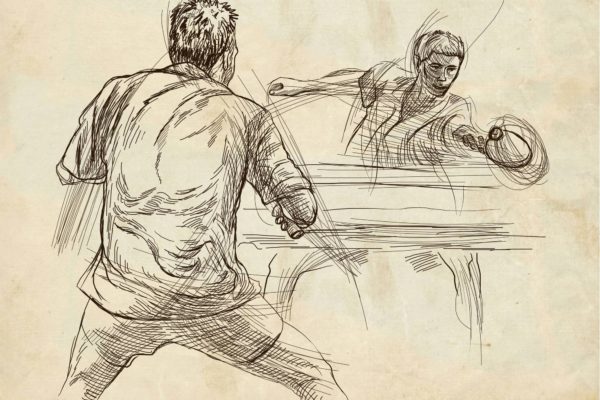 The game of ping pong as we know it today has had an eventful history from its introduction to society nearly a century and a half ago. It has gone through many different names, filtered through the classes of society, and even played an important role in international relations and today, ping pong is enjoyed by many millions professionally (see the official ping pong rules), athletically, and casually. But, where did this all begin? 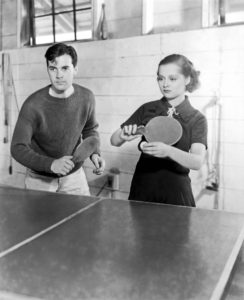 The concept of smacking a ball back and forth over a net originated in the 12th or 13th century in France and inspired many games we enjoy today. Tennis is one example and was established as a game in the 19th century and table tennis made its debut shortly thereafter in the 1880s. As its name implies, table tennis is a miniaturized version of tennis meant to be enjoyed when the weather outside would not allow for a full-sized game.

The idea of a fast-paced game that could be played in smaller spaces and indoors despite the weather outside caught on quite quickly. Game companies of all types were quick to begin creating a wide variety of table tennis equipment under a variety of names. Some of the names provided for table tennis by different production companies and regions of the globe included:

Despite the popularity of Whiff Waff, it was Ping-Pong that finally became the accepted term for Table Tennis. This happened when a British Gaming Manufacturer, J. Jaques & Son Ltd, saw the growing popularity of the name “ping pong” and trademarked the name. A similar thing happened in the US when Parker Brothers marketed their equipment under the same name.

Soon thereafter and much to the disappointment of professional whiff-waffles, the Ping Pong Association was established in the early 1900s.

The equipment used in modern ping pong is nothing like what the original whiff-wafers used. It has been the advance of special materials and designs that have changed the concepts of this century-old game.

This game has a very rudimentary beginning and a touch of ingenuity. Setting a game up was simple and only required a spherical object with sufficient bounce. Then the game could be played on a pool table or the dining room table using a book as a paddle and a line of books as the central net.

As time went by the tables became especially designed for table tennis (see common ping pong table measurements) line of books was refined to a proper net and paddles were improved to be lighter and allow people of all physical capacities to play this game for many happy hours. Ping pong tables became more sophisticated and durable. Today’s tables can be found with a variety of features, build quality, and performance. Depending on your budget, you can find a table for your needs, whether it’s for low-cost fun or a high-end ping pong table built to impress. 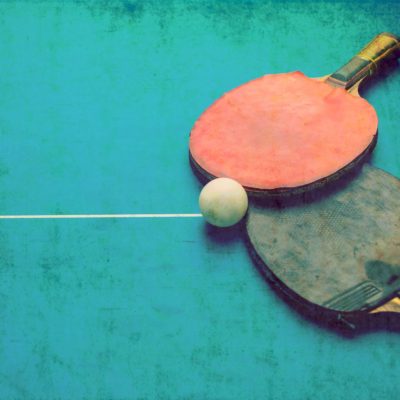 The first bats that were made were designed in a great variety of sizes and shapes and were typically made of wood. Then a piece of canvas would be stretched across the broadside of the paddle. This is how the names ping pong and whiff waff came into existence as the sounds made when the cork ball was struck with a wooden or canvas paddle.

By the time the game was being standardized in the early 1900s, E.C. Goode had already invented a paddle that we would recognize today. With a wooden side and a rubber sheet across the front. IT would not be till much later that a foam layer would be placed between the rubber sheet and the wooden board.

In the 1950s, improved materials brought new life to the sport and Hiroji Satoh used this to his advantage. With a paddle equipped with a foam sponge, he was able to deal much more speed and velocity to his game and took the 1952 championship.

During this time Ping Pong diplomacy began when Chinese and American players began to compete in friendly matches. This led to diplomatic talks between the country’s leaders as well.

In the 1970s the paddles saw their last great revolution when speed glue was added to the paddles increasing the speed they can deliver. Today the greatest champions of the world come from China, Korea, and Scandinavia. But the sport is enjoyed by many more people as a hobby with more than 875 million regular players around the globe. 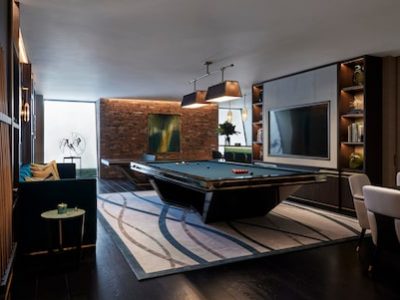 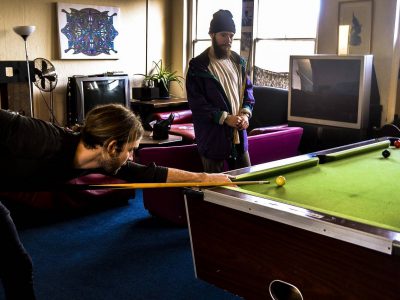 What Is The Best Size Pool Table For A Room? 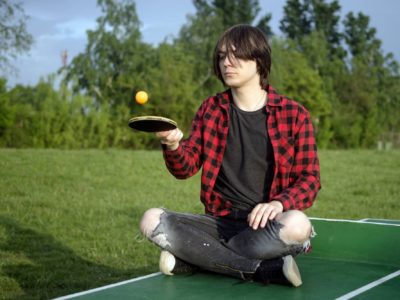 How to Play Ping Pong Alone